How Does Your College Freshman Choose and Manage College Roommates? 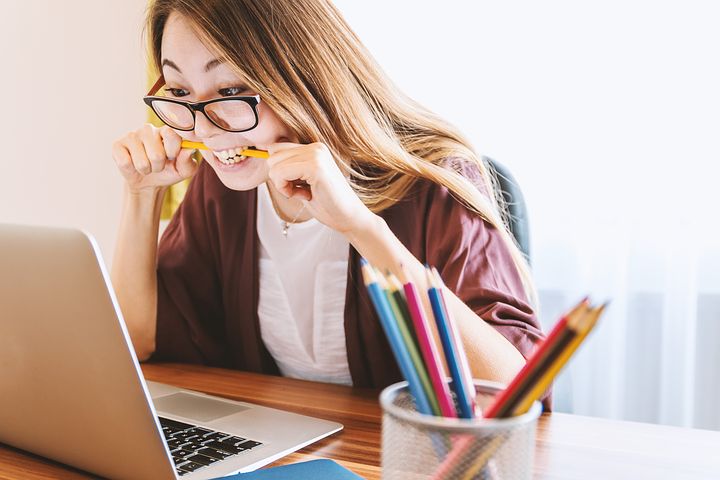 When I went to college I was assigned to a dorm with three roommates. Two of them became lifelong friends, but one of them I could not stand. I remember complaining to the school about her and they did nothing. So since she and I shared the smallest room of our quad, I found a way to move my bookshelf and wardrobe to surround my bed creating a barricade. I’ll never forget the look on her face when she came home that evening and found me hiding behind the tall walls of generic furniture. Well, at least for the remainder of the semester I had a bit more privacy. The following year I opted not to live in a dorm, but got an apartment with one of my friendlier roommates.

So how do you select a roommate you won’t have to barricade yourself from? Something that is different these days are social media introductions. I have gotten a kick out of reading in the acceptance letters, schools inviting students to join the “Accepted Students Facebook Group.” My daughter did just that and noticed many of the student posts tended to be on the subject of looking for roommates. So she started looking too. She and one of the girls whom she had been messaging with learned they had a mutual friend at another college. From this friend the two girls realized they might be great roommates and made that commitment to each other. Then they jointly posted a Facebook message saying they were looking for a third roommate. In the post, they listed their interests and brief bios and they met a third girl with similar traits. The three of them quickly committed to each other as roommates never having met or spoken over the phone. The three decided that if they lived in a quad room with four girls they would have a bigger room, a balcony and maybe an ocean view. They all thought that was worth living with a fourth and they decided not to look for a fourth roommate, but to let the college pick one for them.

All students fill out a questionnaire about what kind of roommate they would like by answering a series of questions from their favorite music, are they a morning person, favorite TV show, are they gamers, do they snore? My daughter filled out this questionnaire too, as well as adding the names of the specific girls she’d like to room with. She hasn’t gotten a confirmation back from the college whether her roommate choices will reflect her desired roommates, but she hopes it will. If for some reason the college makes different roommate suggestions, at least she would have gotten to know two girls pretty well over social media and will have some friendly faces on orientation day.

As far as managing roommates, most colleges assure the students that if they have roommate problems the RA (residential adviser) on their floor will be the first person to talk to. There are several steps in taking to switch roommates and although I have heard it can take a while, eventually the student will most likely get a different placement. We have a friend whose daughter did not like her roommate and asked her dad if she could get a service dog. Because apparently if you have a service dog, you get your own room. Her dad lovingly pointed out that although that might temporarily solve her problem, it didn’t sound like a great life for the dog being inside while she was at classes all day. Eventually this student waited out the wait-list of students requesting single dorms and was given one.

I’m hoping my daughter won’t have to barricade herself from her roommates or get a service dog and I hope the roommates she met through social media will turn out to be friends for life like two of my three roommates have become.