How Do I Help My Child Choose a Major… or Even a Career? 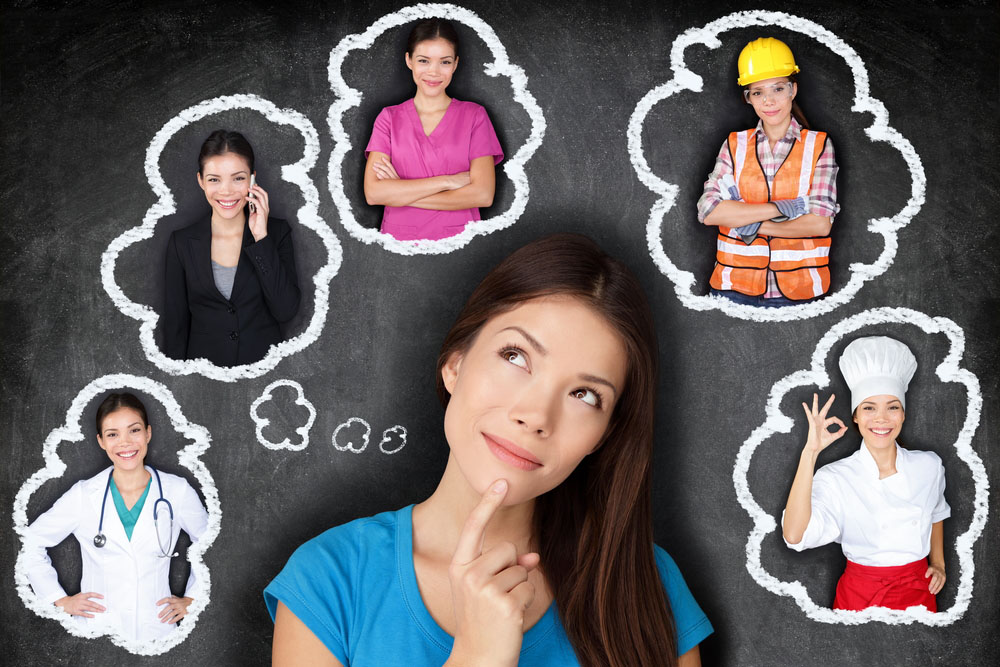 As a teenager, my father told me I had two career choices: dental hygienist or secretary. Both ideas filled me with fear, so much so that I made a point to never learn to type so there’d be no chance of becoming a secretary. My dad was a professional ballet dancer. When I was born, he became a dental technician to make money and never danced again. He wasn’t happy in his new profession, but he felt strongly that you couldn’t support a family as an artist.

I grew up watching a lot of TV and it occurred to me that maybe I could do one of the jobs listed in the end credits that ran after each show. I left Baltimore, went to NYU film school and then headed to Los Angeles. I am proud to say I have managed to make a career in the creative arts. I tried a “straight” job once. After college I briefly worked in a real estate office. I wore tight skirts and itchy sweaters, stockings and high heels. I never felt more uncomfortable. I moved from that job into a position at a scenic shop where I could wear paint covered clothes and work into the wee hours. I was lucky to find a career that suited me; I was not suited for a career in a suit.

On the college tours we have gone on, administrators consistently tell students that college is a time to explore what interests them and during that exploration they might just discover something they’d never even thought about. Just yesterday at a luncheon sponsored by one of the schools my daughter is applying to, an alumnus explained how she went into college as a pre-med major, but discovered she was good at and passionate about economics. So she switched majors and went on to enjoy a successful career in economics.

I guess working in the arts has allowed me the freedom to explore many jobs, but not necessarily secure a paycheck during my early years of exploration. But I never feared that I couldn’t find a job. I had a strong education and wasn’t afraid to be unemployed.

I agree with the administrators that college is a time for exploration. Not many eighteen year-olds have a clear idea of what they want to do, nor should they. My attitude and lifestyle isn’t for everyone. But maybe I saw how changed my dad was after he stopped dancing. No matter what my kids wind up doing for their career, I hope they’ll always keep dancing.