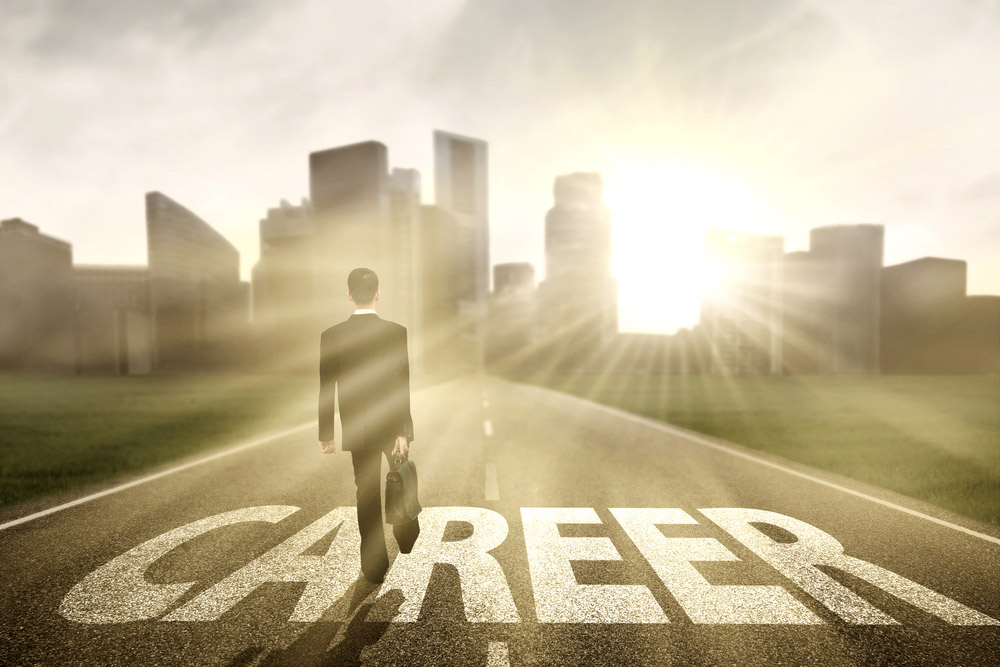 When Should a Student Select Their Professional Path?

If you had asked 17-year-old me what I hoped to study in college, I would have told you that I was going to study medicine and become a doctor. Everyone I knew assumed that by the time I turned 26, I’d be Thomas Broderick, M.D.

So that didn’t happen.

My story mirrors that of many of my high school and college peers. My best friend, once an aspiring computer engineer, became a Japanese/English translator. Another friend earned a degree in chemical engineering but now works at a TOP SECRET government facility which may or may not have something to do with chemicals. Most surprising of all, my high school’s theater star went on to invent the Nest Thermostat.

In this article, we’ll examine why American high school and college students rarely have a grasp on their professional future. We’ll also explore the steps you can take right now to ensure that your career path starts off on the right foot.

If you lived 100 years ago (or today in a developing nation), chances are that you wouldn’t have much choice concerning your career. The economic needs of your family, coupled with limited access to higher education, would lock you into one of only a handful of career paths.

After the Second World War, millions of Americans gained access to higher education. With higher education came the opportunity for young men and women to pursue careers beyond those performed by their parents or those living in their community. That was great!

Choice is a blessing and a curse. Too many options can be just as bad as too few. Our college culture, focused on exploring your interests, does little to help students who are undecided about their futures. On graduation day, too many people still have no idea what job will provide them both personal satisfaction and a fair salary.

How about young adults in foreign countries? Do they have this problem? Well, it depends. For example, higher education doesn’t mean the same thing in every country. In Germany, many high school graduates further their educations through apprenticeships. Though apprentices learn only one skill set, the economic advantages of completing an apprenticeship convince young Germans to choose their career paths at a young age.

In other developed countries, such as Japan, young people choose their career path early due to societal expectations rather than economic incentives. In Japanese culture, one’s decisions and actions reflect on one’s family as well as oneself. Combined with the belief in the wellbeing of the group over the wellbeing of the individual, many young Japanese choose a career path in high school.

Do young German and Japanese students always stick to the career paths they make in high school? Of course not! This revelation brings us to my main point:

As a high school student, I bet you’ve seen or been a part of at least one nasty breakup. Two people who once said that they’d ‘be together forever’ can’t stand the sight of one another. It’s a natural part of the high school experience; people change, and so their preferences.

The same thing is accurate when it comes to your future career. Today you may want to become a doctor. Tomorrow it’s engineering. At your age, switching back and forth or between a dozen different things is okay!

Don’t believe me? Let’s examine the data. myKlovr recently performed a survey of 106 adults who were asked when they decided on their current career path. The numbers speak for themselves. 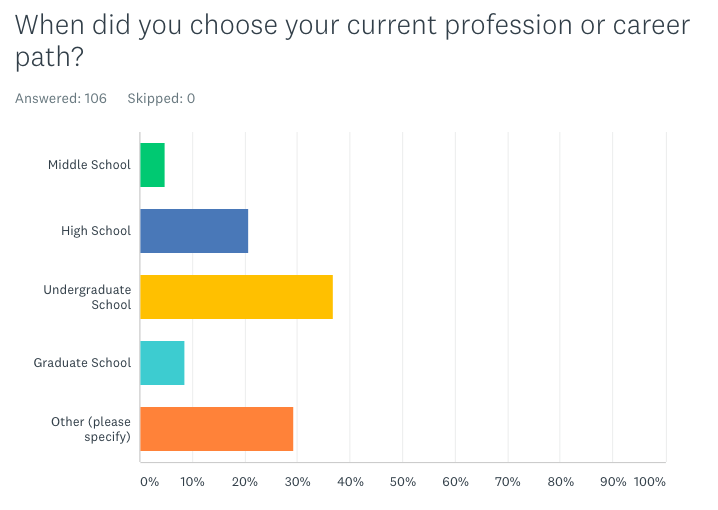 The vast majority of those surveyed decided upon their professional path while in college or later in life. Only 21% chose their career as a high school-aged student or younger. What this means is that if you’re still on the fence about your future, don’t sweat it. Most of your peers are in the same boat.

What You Can Do Now

If you’re still in high school, it’s time to start thinking about your future. When I say you should think, I do mean more than just sitting around like The Thinker. Here are a few proactive steps you can take to explore future careers before you enter college:

It never hurts to get a part-time job, either. If nothing else, it’ll help you develop a professional work ethic that’ll impress future employers.

When You Get to College

By all means, take a semester or a year to explore different subjects. After that, it’s time to make some tough decisions, especially if you’re attending a private university with a hefty price tag. Choose a professional path and complementary academic major.

If you’re still not sure about your career path when it comes times to select a major, include a minor or second major that addresses your other interests. Though a double major or minor means that your college experience will be more academically rigorous, your options will remain open. Hopefully, as you get closer to graduation, your career preferences will solidify.

I hope that by having read this article, you feel a bit better about what the future might hold for you. Yes, you have a lot of work to do, both the soul-searching and academic varieties. Even so, the sooner you start working towards the future you want, the likelier it is that you can turn your dreams into reality.